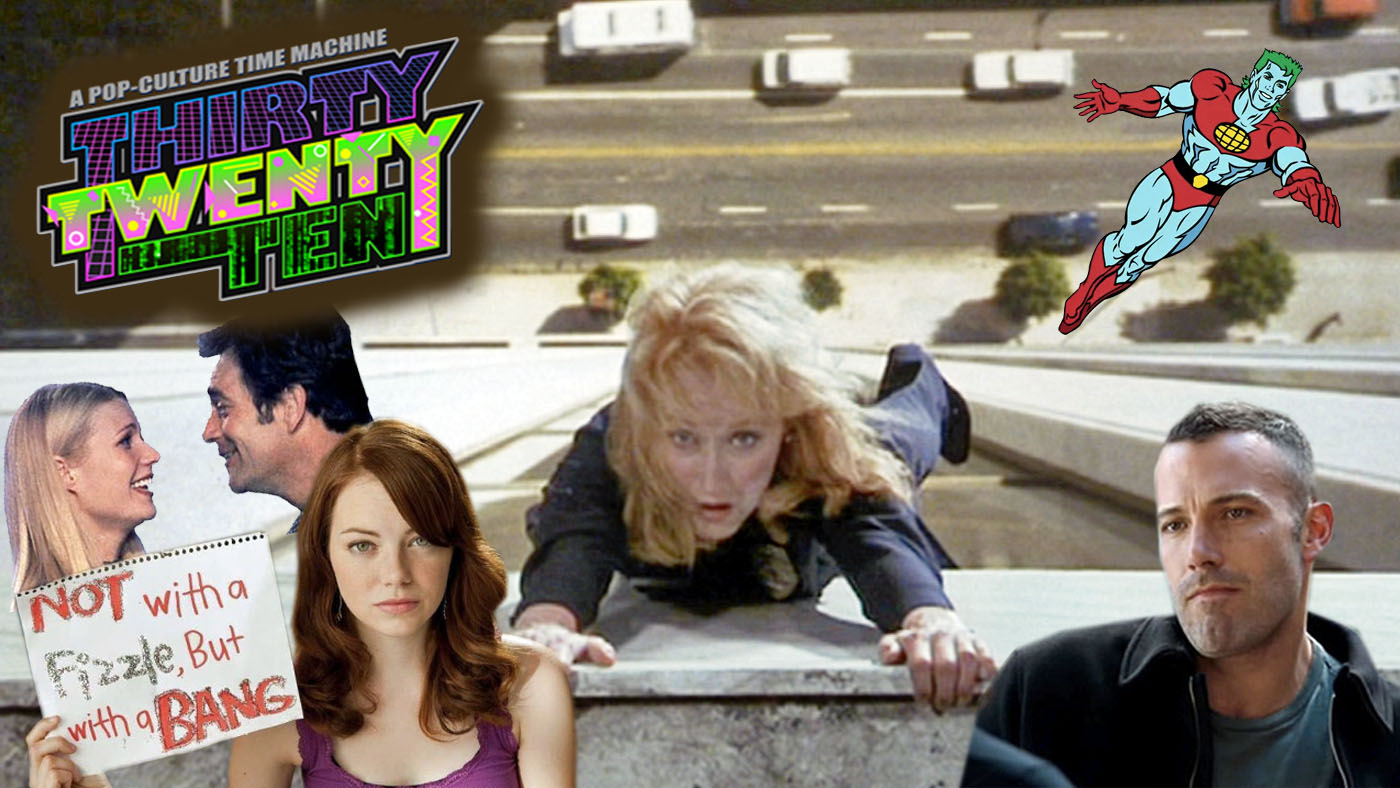 Sept. 11-17: Sean Penn is a gangster, Clint Eastwood hunts elephants, Capt. Planet uses the power of heart, a new generation of Looney Tunes, Huey Lewis is a karaoke hustler, Cribs goes behind the scenes, Ben Affleck goes to town, and we learn that In the criminal justice system, the people are represented by two separate yet equally important groups. All that and more this week on Thirty Twenty Ten, your weekly look back on the week that was 30, 20, and 10 years ago.

5 thoughts on “Princess Leia Pens Her First Movie, Emma Stone Earns an Easy A, and Other Celebrities Sing Duets”