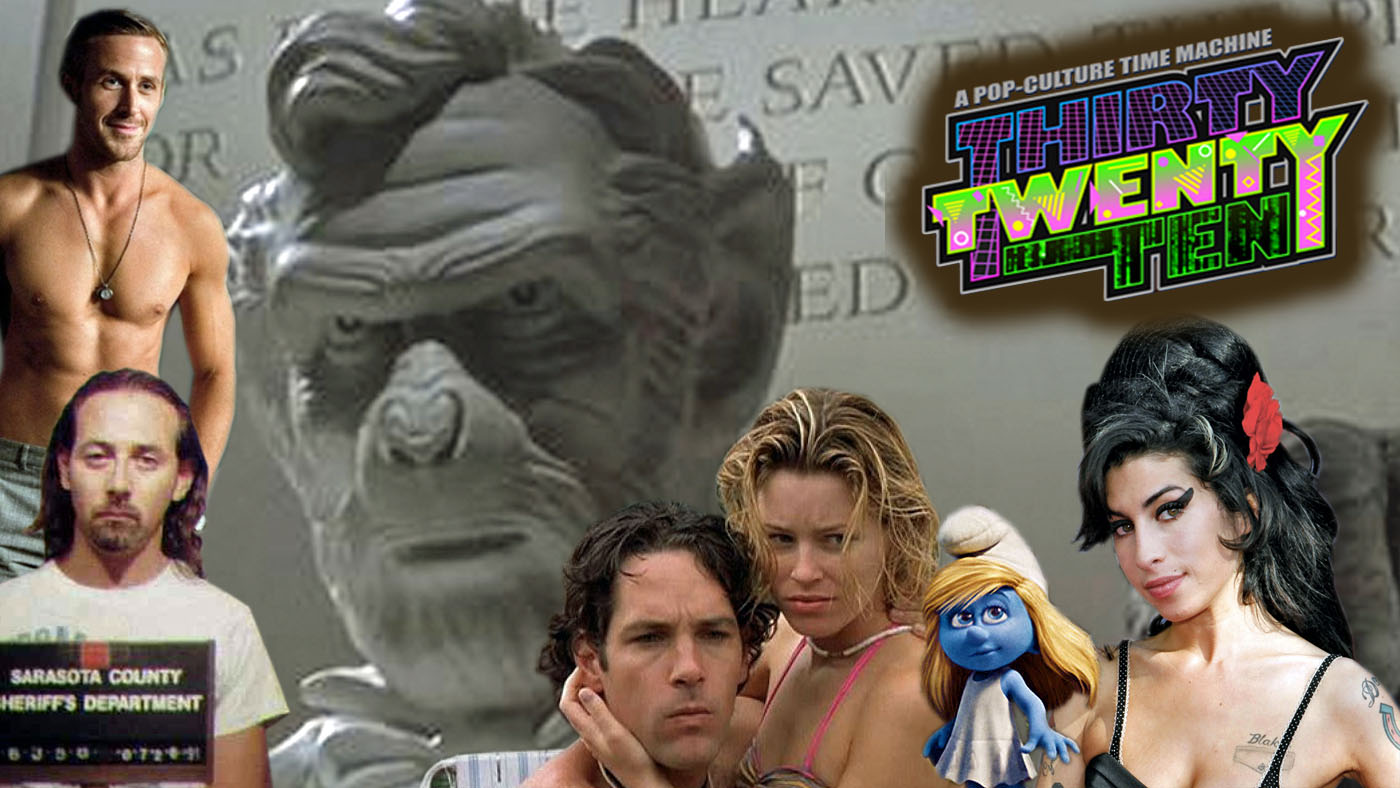 July 23-29: Peewee gets busted, a last outing for Pryor and Wilder, Kathleen Turner is a detective, Christian Slater is a mobster, like everybody funny has a Wet Hot American Summer, the UK faces Paedogeddon, Steve Carell has crazy stupid love, and at last, a Smurf movie. All that and more this week on Thirty Twenty Ten, your weekly look back on the week that was 30, 20, and 10 years ago.

One thought on “Jon Favreau Makes a Space Western, Mel Brooks’ Life Sucks, and The Worst Remake of All Time is Also Tim Burton’s Worst Movie”