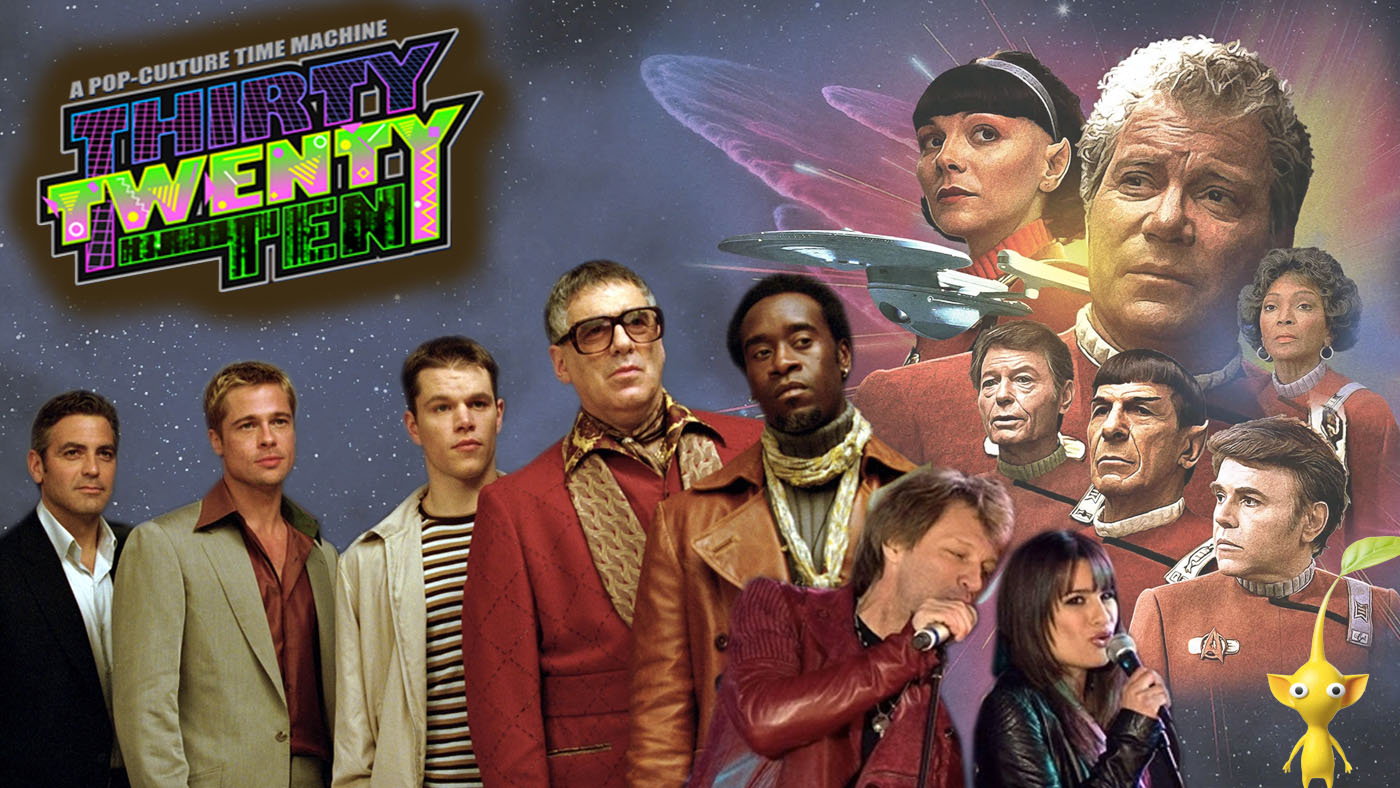 Dec. 3-9: Ocean’s Eleven plans the ultimate heist, Community roasts Glee for the holidays, Jonah Hill babysits, everyone and their drunk uncle stars in New Year’s Eve, Tom Berenger stars in an Avatar prequel, and these pretzels are making me thirsty. All that and more this week on Thirty Twenty Ten, your weekly look back on the week that was 30, 20, and 10 years ago.

One thought on “Star Trek’s Original Cast Says Goodbye, Fry is His Own Grandpa, and Clooney Goes Hawaiian”