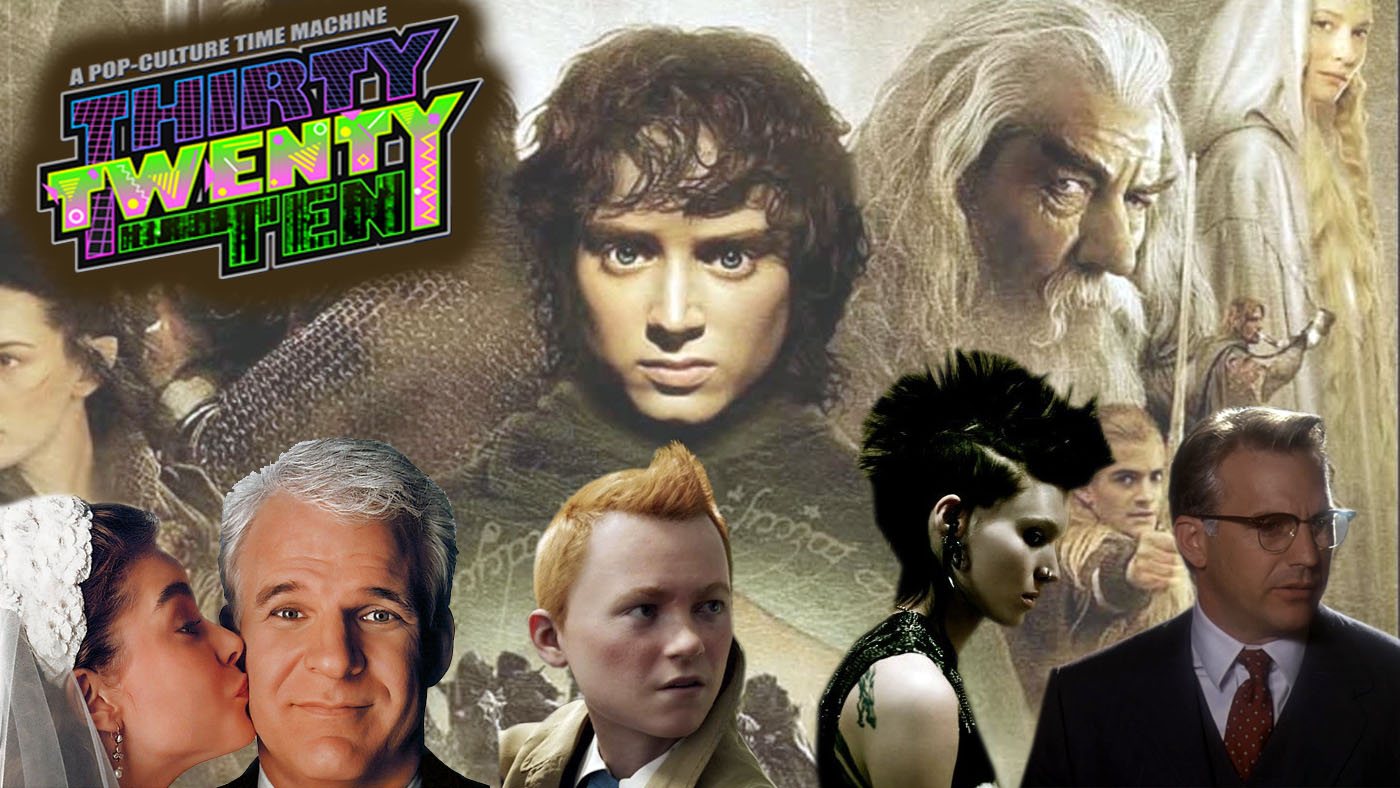 Dec. 17-23: Gandalf won’t let you pass, Steve Martin hates weddings, we start having to take our shoes off in the airport, Tim Allen is Joe Somebody, Warren Beatty goes to Vegas, Method Man and Redman get higher education, Jimmy Neutron launches, Michelle Williams is Marilyn Monroe, and Daniel Craig fights Tintin and a Swedish murder mystery. All that and more this week on Thirty Twenty Ten, your weekly look back on the week that was 30, 20, and 10 years ago.

One thought on “Kevin Costner’s Through the Looking Glass, David Fincher Gets a Dragon Tattoo, and Peter Jackson’s First Epic Trilogy”