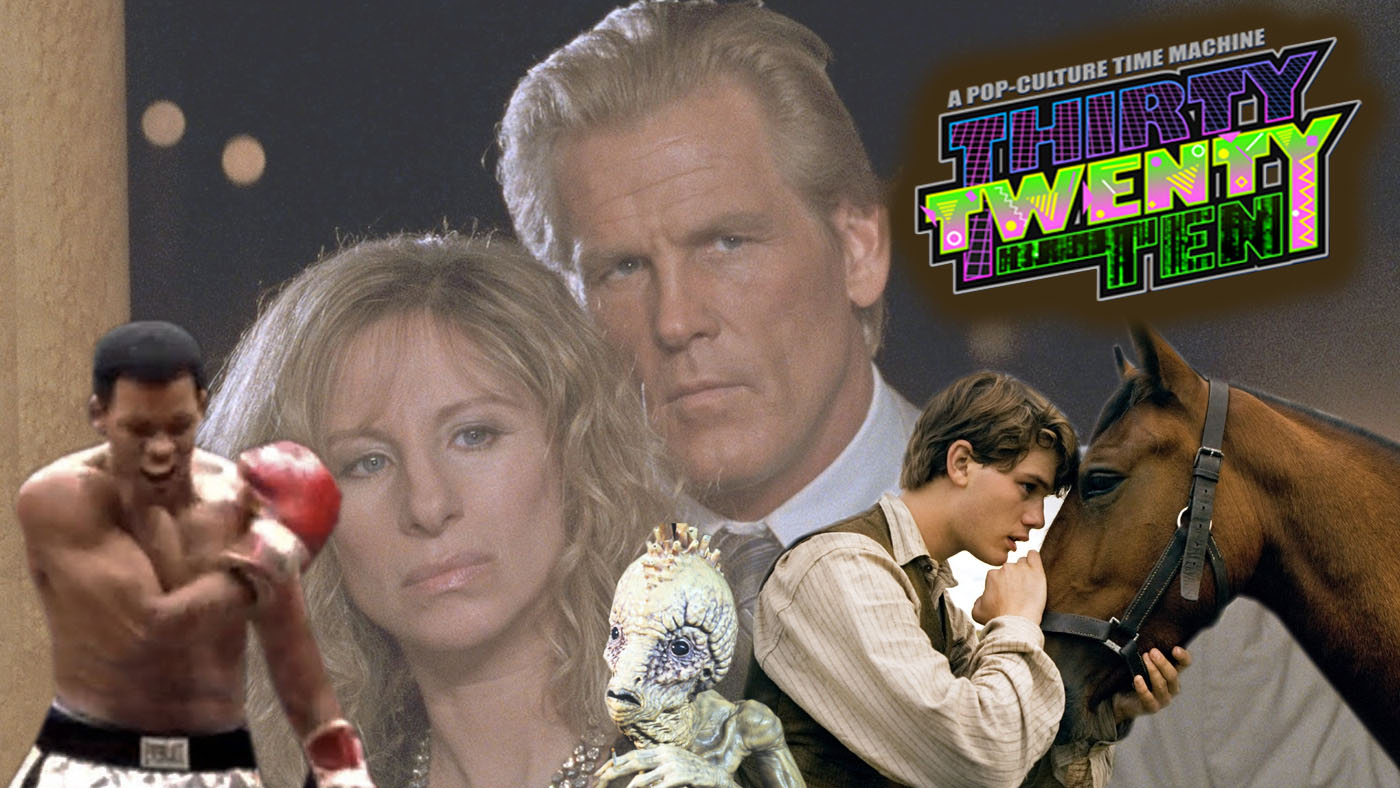 Dec. 24-30: Ending the year with time traveling Hugh Jackman, Time’s people of the year, Matt Damon buys a zoo, romantic Nick Nolte, Spielberg tries WWI, lots of Kennedy Center Honors, and there’s two things wrong with the title Naked Lunch. All that and more this week on Thirty Twenty Ten, your weekly look back on the week that was 30, 20, and 10 years ago.

One thought on “Barbra Streisand Gives Therapy, a Horse Goes to War, and Will Smith Plays the Greatest”