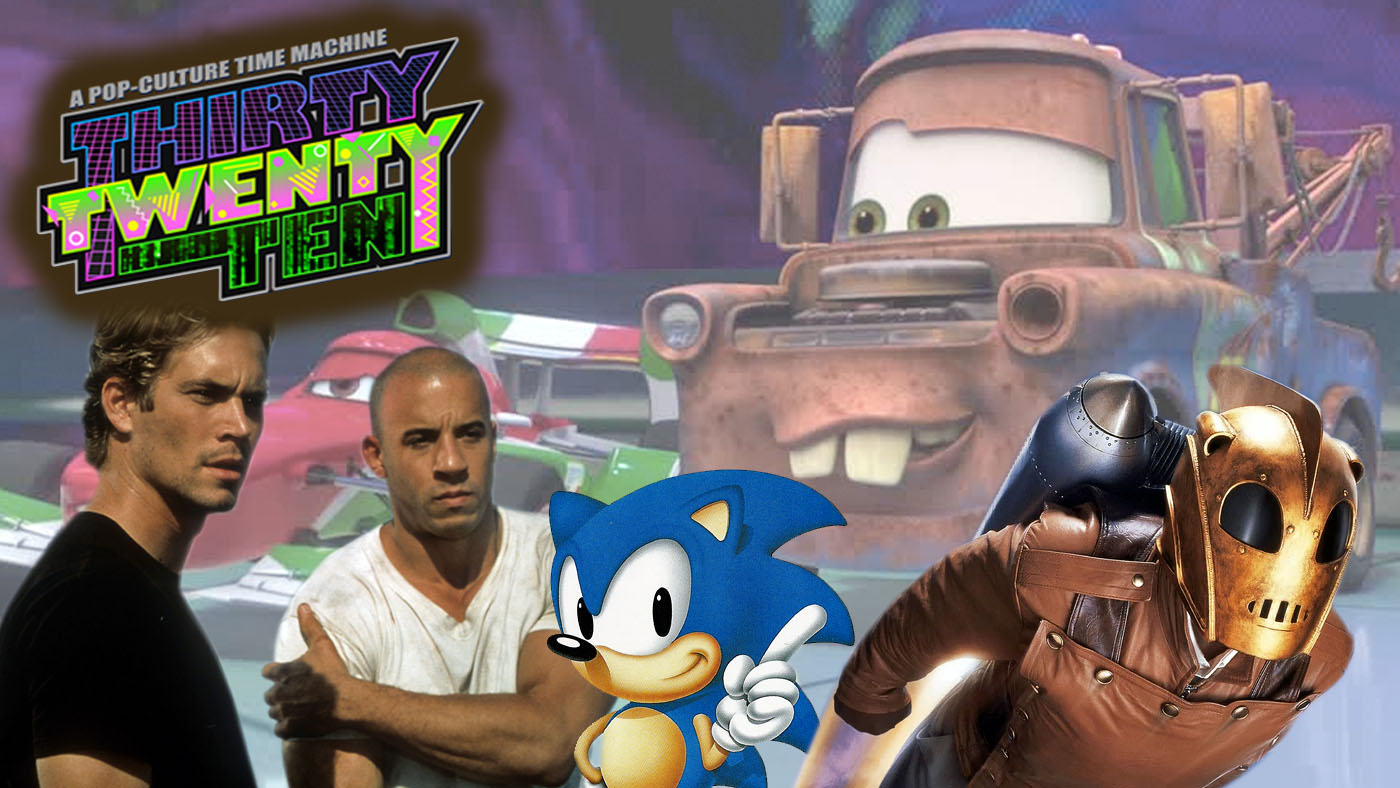 June 18-24: Julia Roberts hates cancer, Eddie Murphy still talks to the animals, Sonic the Hedgehog launches, Xena battles for the last time, the former Duchess of Sussex gets a show, your mom gets horned up for Christian Grey, Cameron Diaz is a bad teacher, and The Shins release a song that will change your life. All that and more this week on Thirty Twenty Ten, your weekly look back on the week that was 30, 20, and 10 years ago.

Meet Gaylord Focker, A Very Underrated Coen Brothers Movie, and Terrible, Terrible Remakes!
O Brother Where Art Thou, A Bad Roommate, and Ironically, They Did Make a Neverending Story 2
Steven Seagal vs. DMX, Bradley Cooper is Limitless, and Paris is Burning

2 thoughts on “Vin Diesel Gets Fast and Furious, The Rocketeer Takes to the Skies and Pixar’s Cars Travel the World”