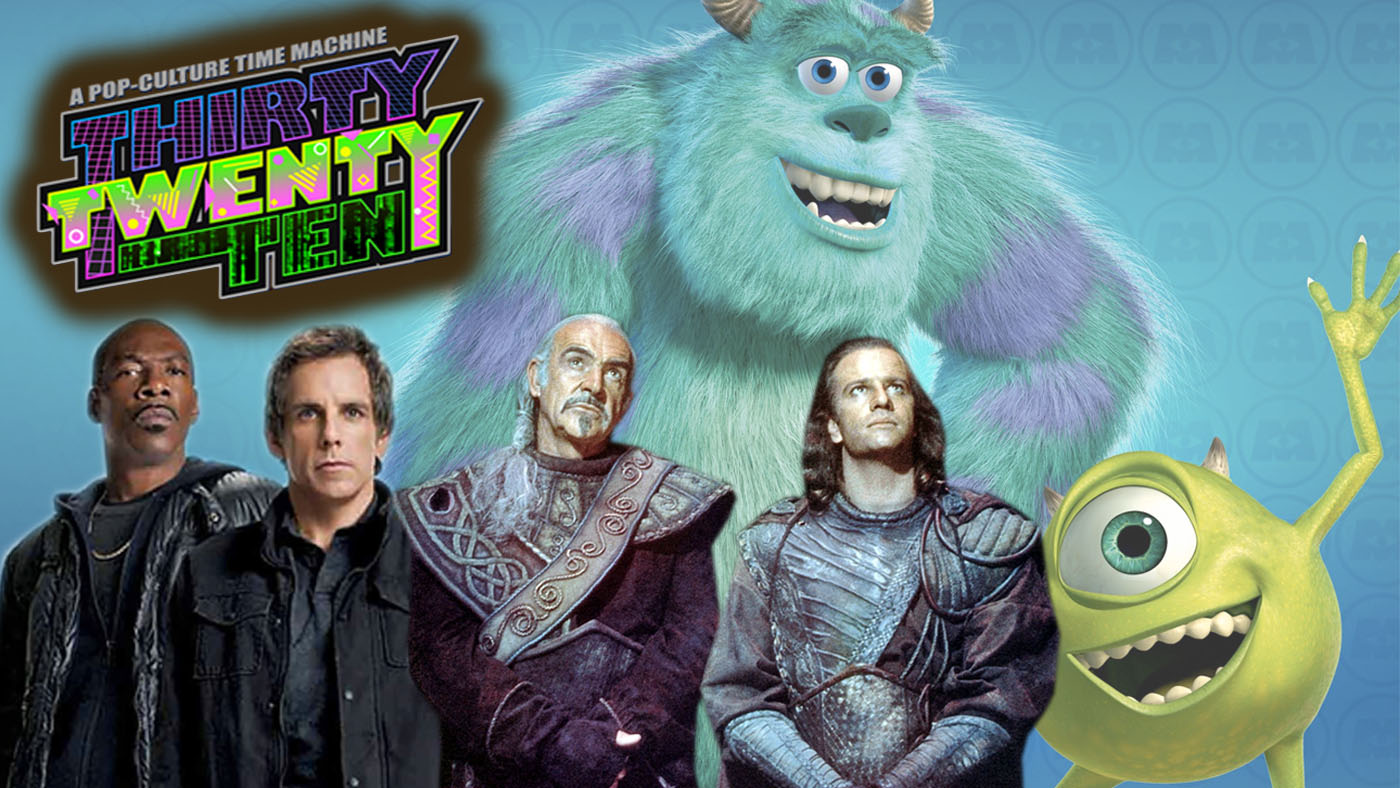 Oct. 29-Nov. 4: We meet the people under the stairs (no, not Harry Potter), Jet Li is the one, Jodie Foster has a genius kid, Kenny Rogers forms the Avengers for Dads, Dustin Hoffman bombs, Eddie Murphy is in on the heist, Vince Vaughn is a bad dad, and the Worst Movie Ever 2: The Quickening. All that and more this week on Thirty Twenty Ten, your weekly look back on the week that was 30, 20, and 10 years ago.

2 thoughts on “Leonard Nimoy Returns to Star Trek, Monsters Incorporate, and Harold and Kumar Close Out the Trilogy”